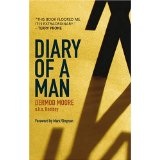 “This book floored me. It is extraordinary.” Terry Prone

“Stylishly written… impossible not to be impressed by its raw honesty.” Andrew Lynch, Evening Herald

“Unusual intelligence and heartfelt urgency… these pieces abound in humour that is at all times sober, considered, loving and never in the least trivial, or trivialising… A remarkable chronicle of the inner life of an emotionally responsible and fearlessly emotional – and thus truly manly – contemporary queer commentator.” Michael Wynne, Gay Community News

Psychotherapist DERMOD MOORE’s unsparing dissection of the modern gay man makes for tough but ultimately rewarding reading.
…though Moore may have written these columns as a form of therapy, they address many of the perils and strains of modern life with a disarming but compassionate truthfulness. Wayne Clews, Attitude

You can buy it from Amazon.co.uk.

If you’re in the USA or Canada, or anywhere else for that matter, you can buy it from Amazon.com.

You can browse Diary of a Man online at Google Book Search. Take a look and see!

This website uses cookies to improve your experience while you navigate through the website. Out of these, the cookies that are categorized as necessary are stored on your browser as they are essential for the working of basic functionalities of the website. We also use third-party cookies that help us analyze and understand how you use this website. These cookies will be stored in your browser only with your consent. You also have the option to opt-out of these cookies. But opting out of some of these cookies may affect your browsing experience.
Necessary Always Enabled
Necessary cookies are absolutely essential for the website to function properly. This category only includes cookies that ensures basic functionalities and security features of the website. These cookies do not store any personal information.
Non-necessary
Any cookies that may not be particularly necessary for the website to function and is used specifically to collect user personal data via analytics, ads, other embedded contents are termed as non-necessary cookies. It is mandatory to procure user consent prior to running these cookies on your website.
SAVE & ACCEPT